Discover the Biggest DJI Firmware Update for the Mavic 3

DJI released a new firmware update for their Mavic 3 drone model—this one is a pretty big deal, as it seems like users will finally be able to use all of the amazing features of the Mavic 3 in its entirety. 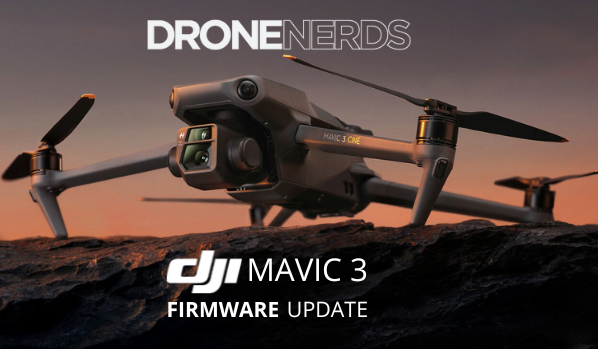 Let’s take a closer look and some of the more interesting updates.

For better user experience, DJI has updated Explore Mode, Wide-Angle Lens, APAS, and an exclusive update for the Mavic 3 Cine:

The Mavic 3 isn’t the only item to receive updates—the DJI RC Pro also got added custom functions for its buttons and dials. The Mavic 3 Cine model now supports ProRes 422 and ProRes 422 LT formats when using the Hasselblad camera and one-second interval time settings when creating hyperlapses.

For photo and video enthusiasts, DJI released updates to the Telephoto Camera and Hasselblad Camera that will improve several functions. Below is a complete breakdown of the updated features:

These updates allow users to unleash the potential of their Mavic 3 drones, justifying the initial hefty price tag. Those who waited to buy their Mavic 3 can enjoy a discount from the latest permanent price drop.

Check out the Mavic 3 series here.


Here’s a complete summary of all the updates:

WHAT OUR CUSTOMERS ARE SAYING